The SSF Gathering of the Clans 2016 (Scottish Inter-club Championships) was hosted by the Tiree Surf Club at Balevulin and Balephuil beaches on the 26-28th of September.  Competitors from 5 clans from across Scotland were greeted at the fantastic Blackhouse Watersports beach hut with mild weather and sunshine.

The first rounds of the contest got underway at Balevulin beach in very small but contestable surf – wider and thicker boards than normal were the order of the day for most competitors but despite the challenging conditions the early rounds were completed and some great critical surfing and manoeuvres went down.  Standouts from early rounds included Craig Sutherland  (MFSR) in the Masters & Open, Andrew Robertson (TSC) in the Open, Ben Larg (TSC) in the junior division and Iona McLachlan (NSSC) in the Womens.

Finals day kicked off on the 27th at Balephuil beach and conditions had deteriorated from the previous day but despite the marginal surf, competitors were hungry and enthusiastic – a fantastic grovel competition ensued!  Judges had their work cut out in the knee high conditions but often clear winners would post high scores and competitors proved that contestable surf can be pretty small indeed!  Tactics played a part with some opting to use foamies in their finals and others used wide fishes and alternative grovel shapes.  The 2016 clans would become one of the most entertaining contests of the year…
Conditions were however very suitable for our junior competitors and indeed the longboard final which turned out to be one of the best heats of the year with a fantastic demonstration of traditional nose-riding as well as sweeping cut backs from category winner Paul Le Roux (TSC).  Chris Clarke (NSSC) started poorly in the final but posted two good scores towrds the end of the longboard final securing him 2nd place followed by Donald Peace (MFSR) in 3rd and Jamie Marshall in 4th (EC).

The junior division final was the most hotly anticipated heat of the day and it was stacked with the best groms from across the country.  It would be the North Shore Surf Club who would dominate however; Iona McLachlan and Robbie McNicol taking 1st and 2nd place respectively.  An unfortunate interference call on Tiree’s Ben Larg (TSC) seen him fall from 1st to 3rd place and the East Coast’s Elliot Young (EC) put on fantastic performances throughout the contest to make the final and finish in 4th place securing important points for his team which was made up of surfers from Dunbar Surf Club and the newly formed Fife Surf Club. 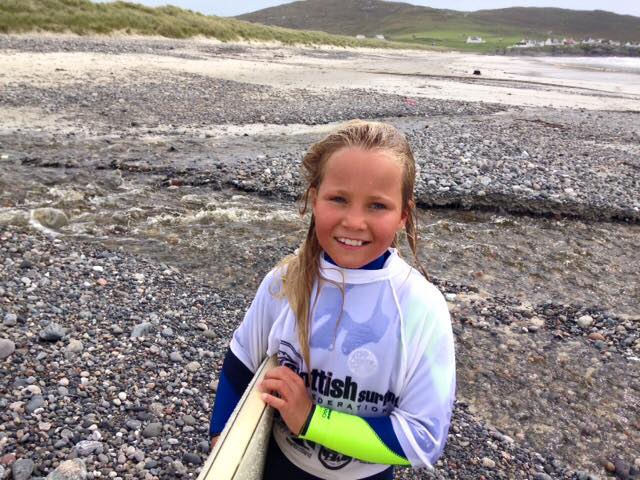 The were no surprises in the Masters Division as an in form Craig Sutherland (MFSR) took out 1st spot followed by Namibian Tiree implant Paul Le Roux (TSC), with Cahal (MFSR) and Marti Larg (TSC) in 3rd and 4th places respectively.

The Womens division was another nail biter with great scores posted by all ladies in the semis and finals.  Dee Ripoll would be the eventual category winner.  Another junior competitor had great success in the adult division – Iona Turner (EC) who was the Womens runner up, followed by Phoebe Strachan (NSSC) and Jen Wood (NSSC) both of the North Shore Surf Club who secured valuable points for their clan.
The event hosts, Tiree Surf Club also had success in the Open division where current U18 Scottish Champion, 15 year old Finn MacDonald (TSC), posted a 16 point heat total and destroyed his opponents – his lightness allowing him to maintain speed in the tiny conditions and demonstrate critical surfing throwing one of the only fans of spray we had seen all day on a right hander to score him a 9 point ride backed up by a solid end section re-entry on a lefthander just prior to seal the win.  A huge achievement for young Finn who defeated 2nd place Mark Boyd (NSSC), 3rd place Jamie Marshall (EC) and 4th place Craig Sutherland (MFSR).  It was an interesting heat in which both MacDonald (TSC) and Boyd (NSSC) opted to commence the heat on foamy surfboards  and then opt for a mid heat board switch –  but it would be MacDonald who would impress the judges post board switch to display the critical surfing the crowd wanted to see whilst the others fought it out for second place.  Finn will undoubtedly become one of the future stars of Scottish Surfing and will be representing Scotland at the World Juniors in the Azores next month.
But it would be the Thurso based North Shore Surf Club (NSSC) clan who would take the sword trophy and quaich (if it can be found?!) – the team was made up of:  Mark Boyd, Iona McLachlan, Alex Sutherland, Chris Clarke, Craig McLachlan, Connor Wilson, Robbie McNicol, Phoebe Strachan and Jen Wood. 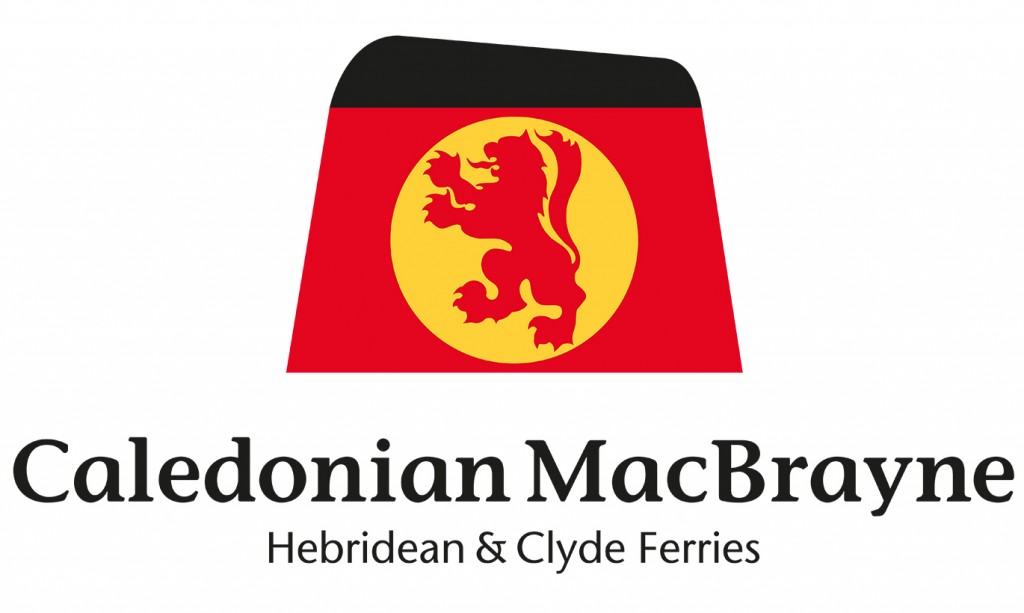 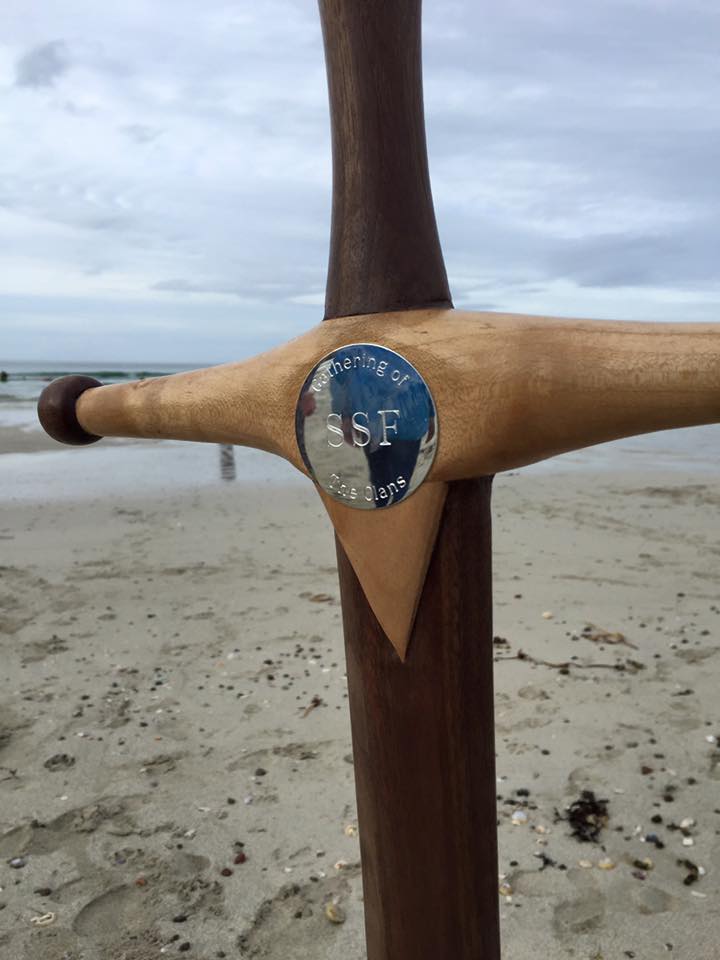