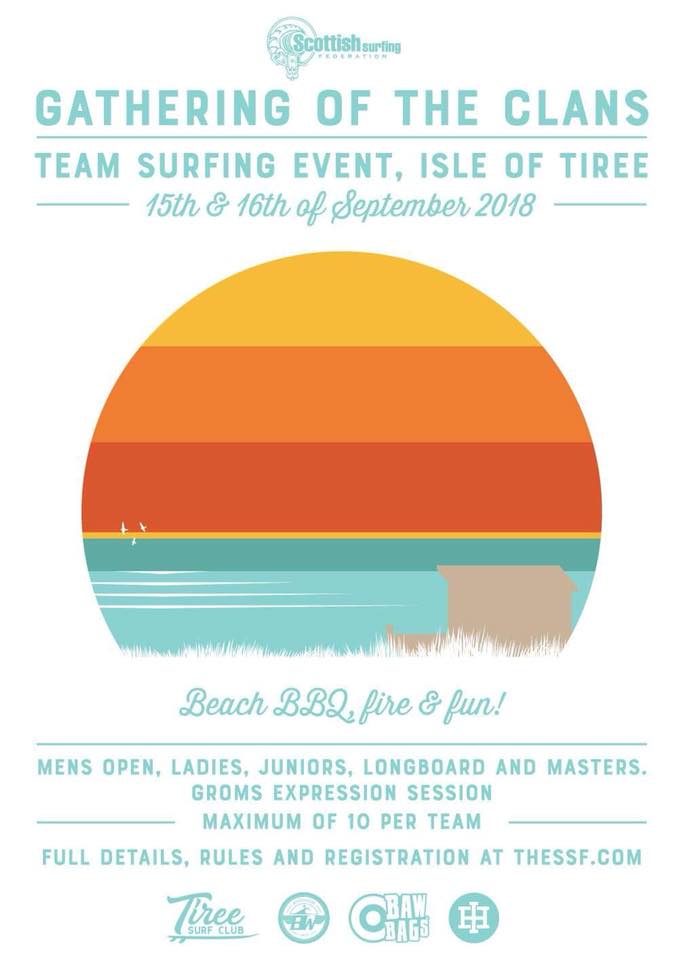 Where is it?
Ballevulin Beach, Isle of Tiree
When is it?
15-16 September 2017 (competitors are expected to be travelling on 14th & 17th these days may also be utilised if necessary for competition provided all athletes are available .

What happens if there is no waves?
Tiree has very reliable surfing conditions and the event will run on the dates set. If necessary competition may run on a travel day ie straight off the ferry or selected heats may run with available athletes.