The Scottish juniors descended on Lanzarote for the 3rd year running, for the annual winter surf training camp. With the upcoming European Juniors in July, the emphasis was on solidifying technique and competition strategy but also on improving exterior factors such as fitness, flexibility, strength and diet.

After hurriedly throwing on fins and wax upon arrival, nine frothing groms and the coaches hit the Famara lineup for a quick evening freesurf. The extra freedom allowed by surfing in thinner wetsuits showed. The surfing level had definitely gone up since I last saw the kids which was encouraging for the week ahead.

We kicked off early on the first full day…maybe too early as my alarm went an hour before it was meant to – sorry kids! We aimed to be ready to surf by first light at 7am each day but the extra early start gave us all plenty of time to do a thorough warm up and stretch. By the time the light came up the juniors were raring to go surfing. Each session involved a short warm up free surf followed by a series of drills aimed to improve various aspects of their surfing. The drills tested the kids on elements such as wave selection, priority, fitness and heat strategy. Forfeits were set by the kids and coaches to discourage misdemeanours such as drop-ins, late attendance and to encourage wave catching and fitness.

Marcelle diligently filmed every surf which allowed the coaches and kids to video analyze each session. We were impressed with how quickly they learned to constructively critique their surfing. It was great to see the improvement they had made, especially when compared with the previous year’s videos.

As ever, the Smoothstar surf training skateboards played a big part of the week. Helmets were essential but that still didn’t stop Phoebe from splitting her chin on the concrete bowl. She was ripping on it and doing a good demo until that point. A few of the kids preferred to skate with the opposite foot forward but we encouraged sticking to their surf stance – in no time at all they were learning to generate speed, pump and carve on the flat land and then transferring those skills to the ramps and bowls of the local skateparks. The skate training transfers incredibly well to surfing. We can isolate aspects of surfing such as hand placement without all the extra variables of being on the water.

As you can probably tell, the days were jam packed and after a meal in one of Famara’s many excellent eateries, it was off to bed early to be ready for the 6.30am daily alarm. We found the daily routine, and limiting the soft drinks and sugary foods significantly helped raise the kids attention spans and performances. We know the level we will face at other competitions and we need to give ourselves the opportunity to do our best. All the kids rose admirably to the challenge of an intensive training week and significantly raised their performances as a result.
They current juniors have a lot of potential and with dedication and support they will do well in future competitions. Thanks to all the team including the kids, the parents, the volunteers and the sponsors for making the trip happen. Let’s all keep up the good work. 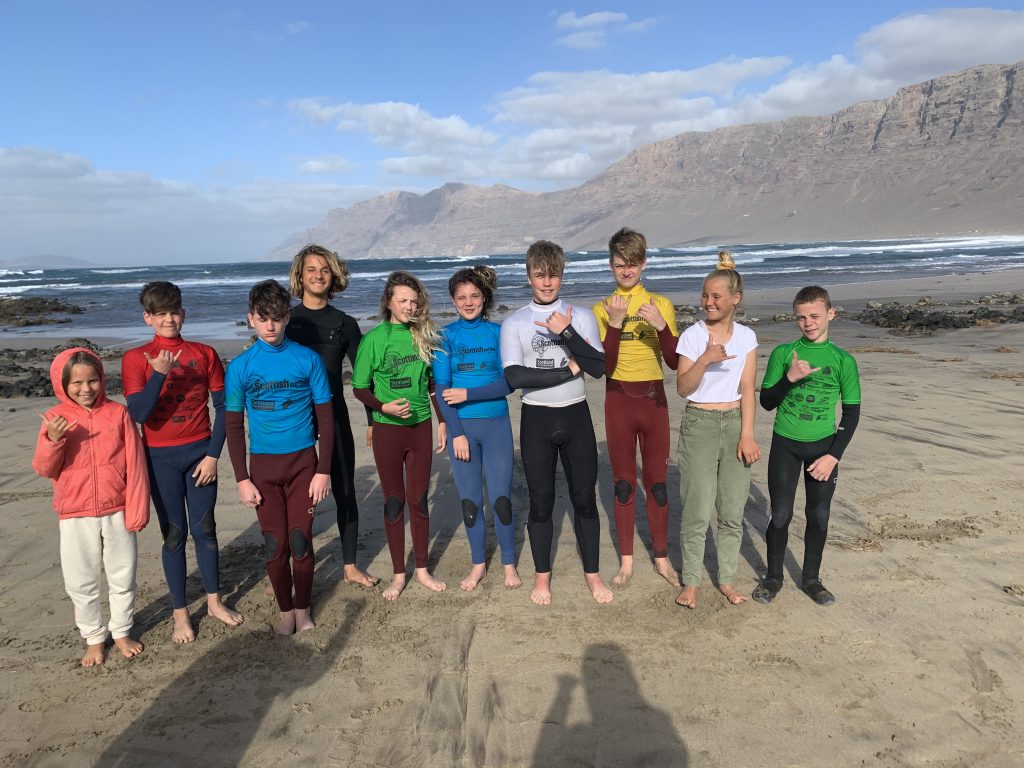 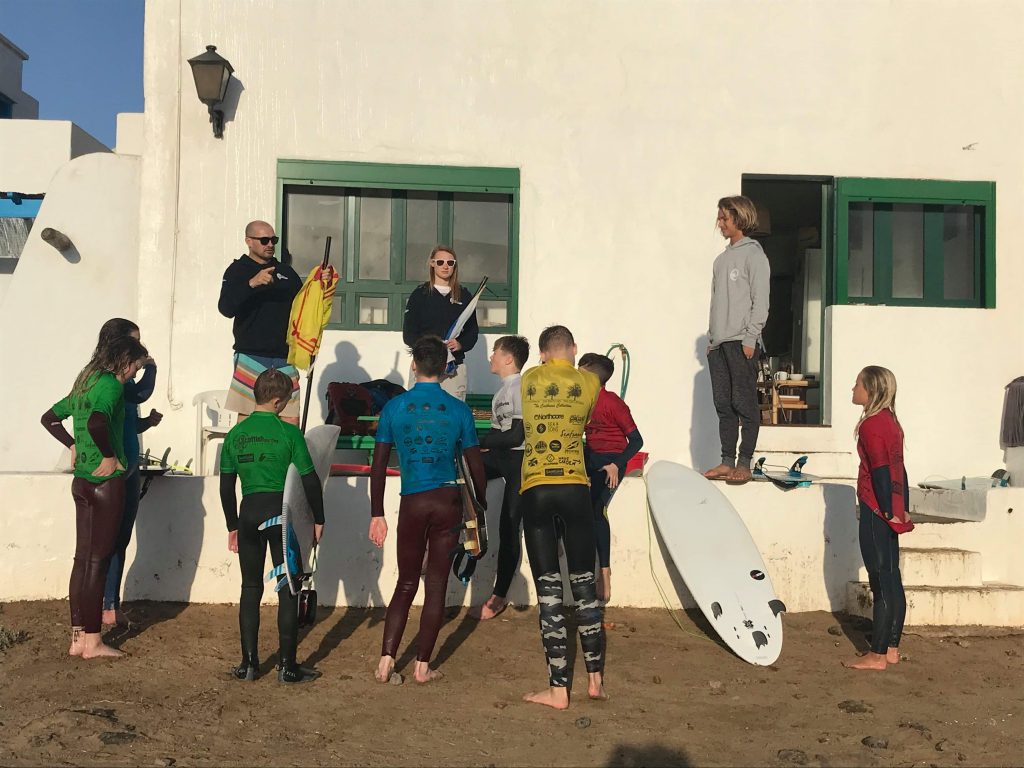 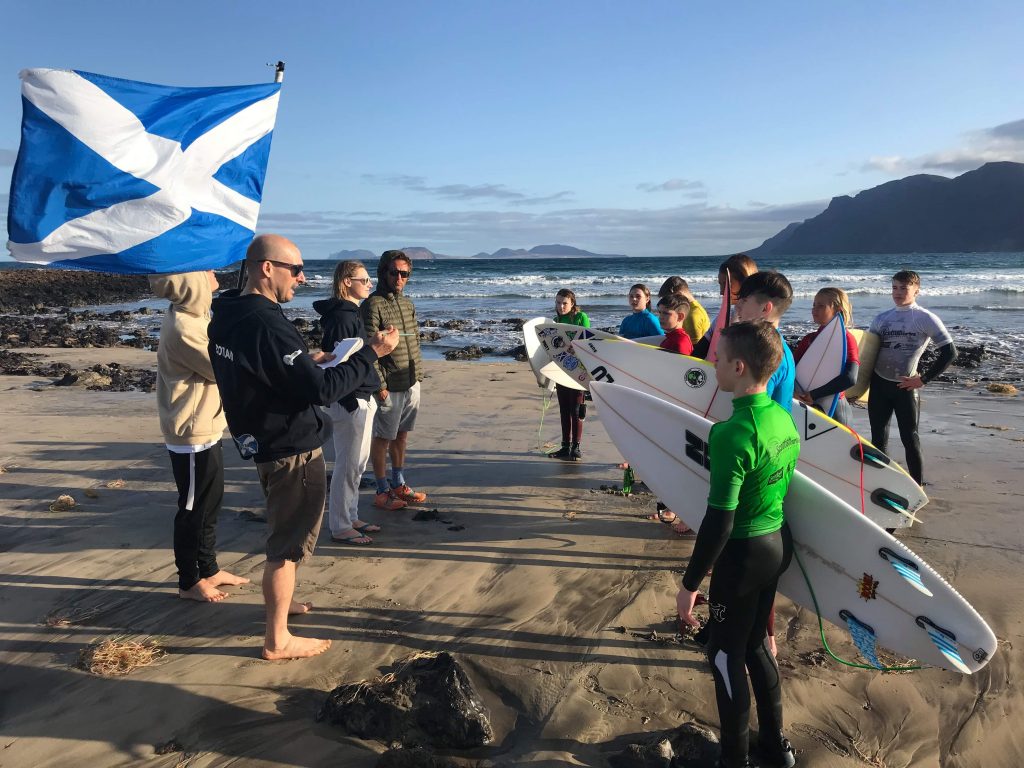 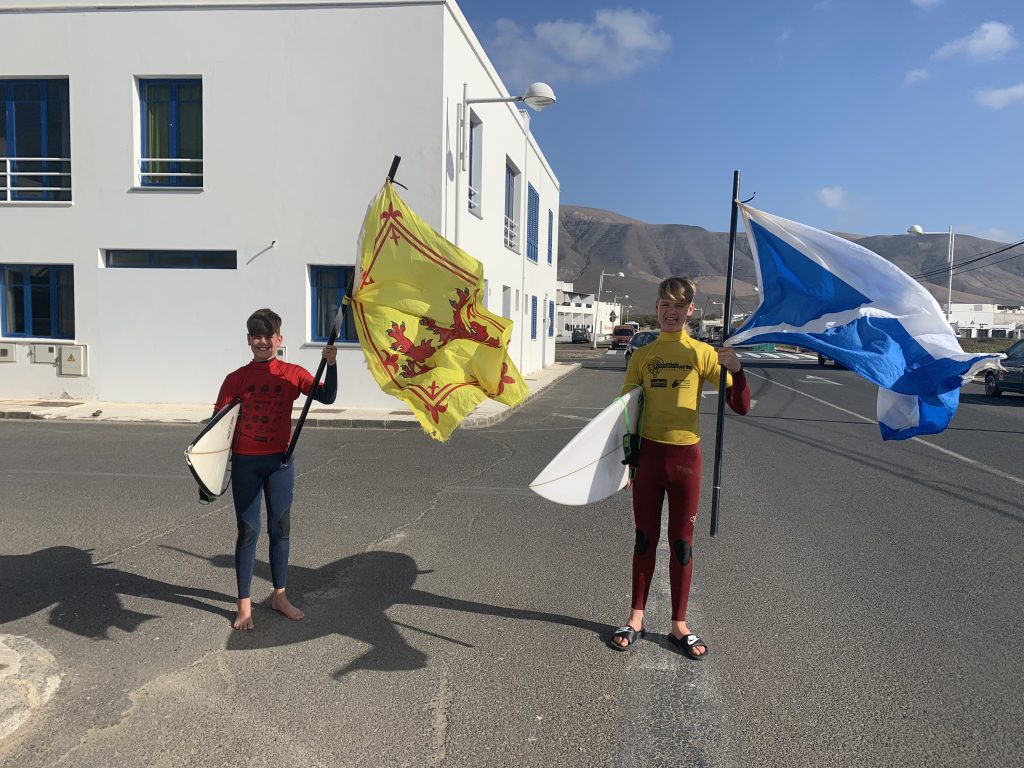 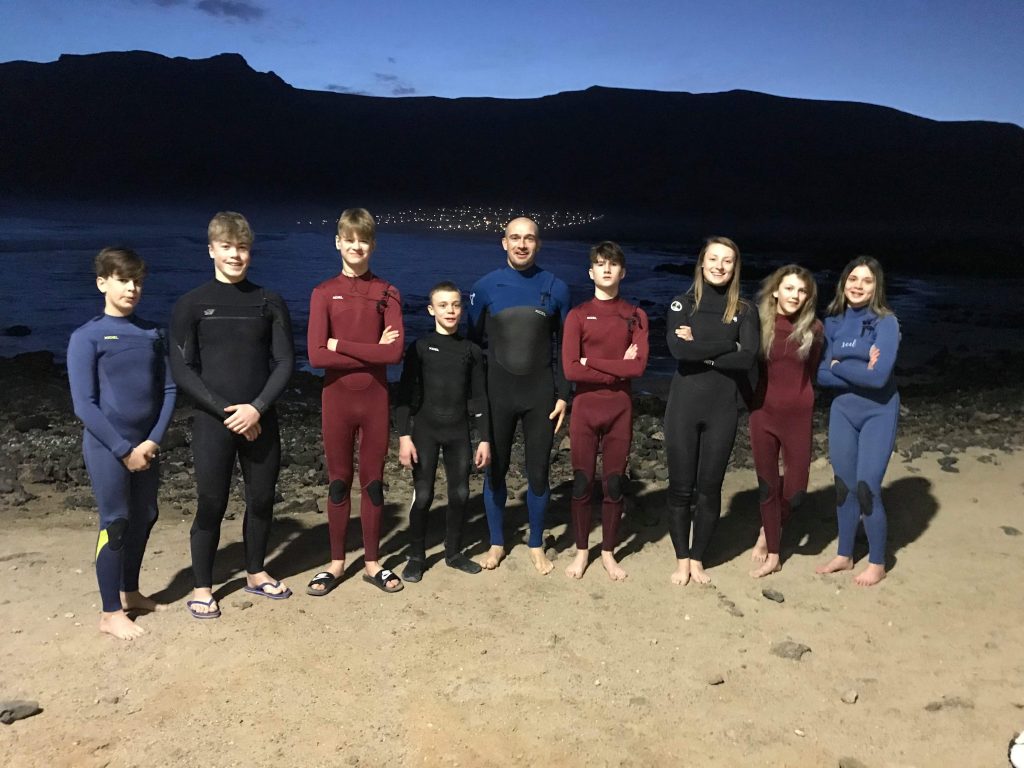 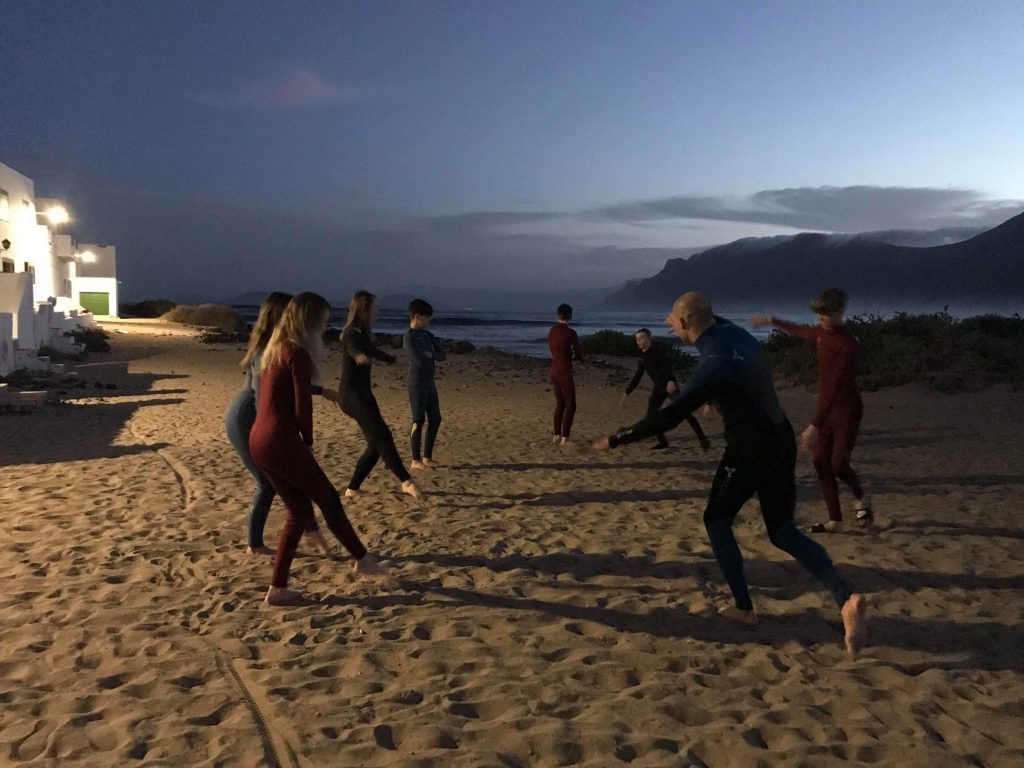 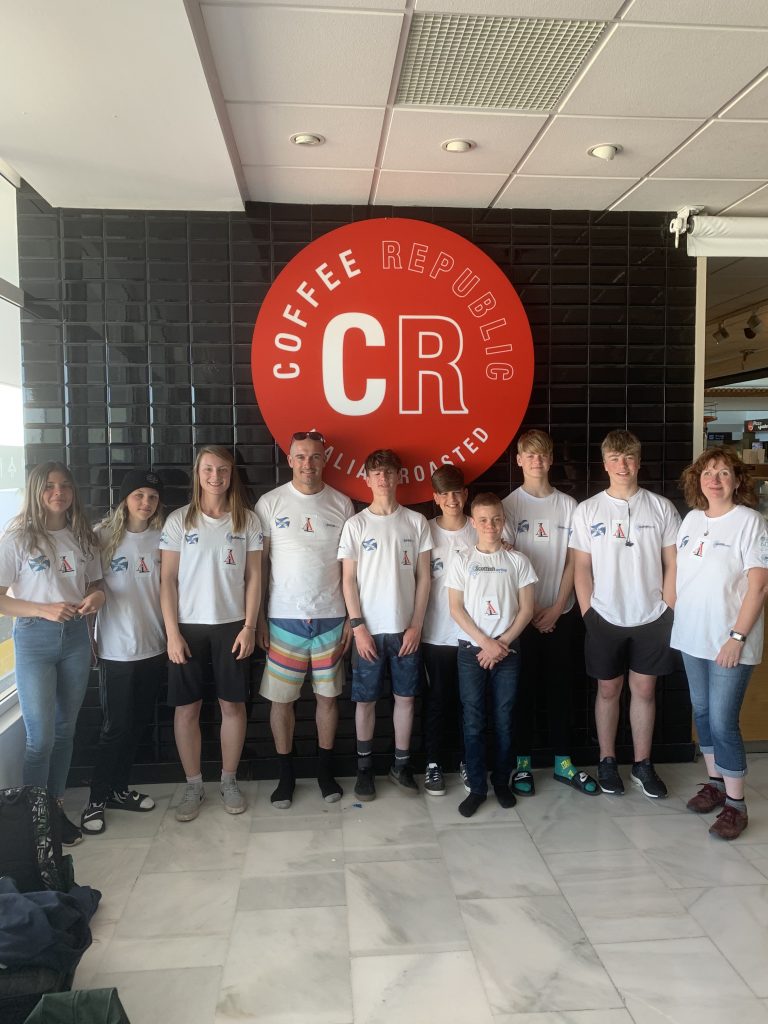