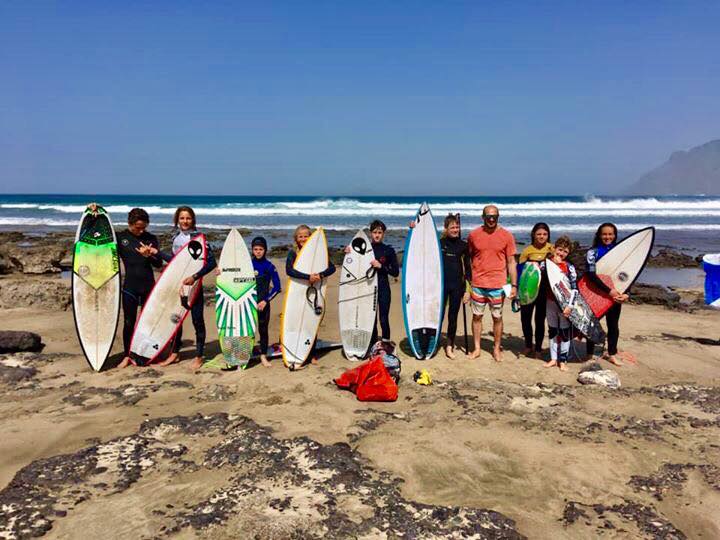 The second junior training trip took place from the 17th until the 24th of February 2019. Famara in Lanzarote was the chosen destination again as it guarantees warm surf and nice conditions for plenty of water time and coaching opportunities.

The squad includes some the most promising young surfers in Scotland who have been selected from their performances at the National Championships and the Junior Series. Out of those selected, the ones able to attend were Ben & Robyn Larg from Tiree Surf Club, Craig MacLachlan from North Coast Surf Club, Hayden & Emily Peace from Lossie Surf Club, Luca Baltrunas and Natalie & Ben Kobedza from Moray Firth Surf Riders.

After a long flight the kids were really excited to get in the waves. The week started with bumpy, cooler, onshore conditions but they still managed to make the most of it.  Not the best surf but similar to what most contests are often held in and therefore good for training. With the dedication of avid camerawomen, Marcelle Lockhart and Jolene Kiddell, we managed to capture good footage to analyse.

Skateboard training is now used regularly by competitive surfers and we found we were able to recreate and learn surfing moves on the surf-trainer skateboards. Most mornings would be spent with a coaching session at the nearby skatepark whilst waiting for the best tide for the breaks to start working. We would then have one or two recorded surf sessions followed by video analysis later in the day.

Lanzarote is fortunate to have a number of breaks from mellow beaches to heavy slabs. We avoided the latter but I don’t think it will be long before more of the juniors start showing interest in them! We surfed one reef called Arrieta, on the East coast, but mostly we moved about Famara beach according to the conditions.

The squad were fortunate to have a day with Claudio Santos, a local surf coach.  We started on dry land using the skateboards and instant video analysis and then transferred this onto the water with video analysis of the surf session at the end of the day.  It was great to hear a different perspective.  Conor and Dylan, Claudio’s kids, are very good surfers who represent Ireland and our squad enjoyed surfing alongside them and getting an idea of the European standard!

A really hot, dry and dusty Saharan wind kicked in for the latter half of the trip. This meant perfect offshore winds and clean swell lines. As confidence grew, the Scottish contingent started getting more waves and taking on bigger surf than I’ve seen many of them in before. The general performances certainly improved significantly through the week.

Competition day! On the last day we arranged a friendly competition with some of the local kids – the standard is high so it was a good test for our groms and gave them some inspiration. They did admirably, with Ben Kobedza making the semis and Craig MacLachlan surfing his way into second place behind Conor Santos. There were some tactical errors made but the kids all gained valuable experience from it – better to make the mistakes now and learn from them before the real competitions.

The standard has markedly improved from a year ago and there is a good friendly competition amongst the squad. They were respectful of each other, as well as local surfers, learning from each other and pushing each other to improve.  It will be great to see how they perform at the Nationals and beyond. Some of them have said they are entering the Open division so that may shake up the results! I’m just glad they can’t compete in the Masters yet!

Big thank you to everyone for a great week: to the kids for being up for training every day; Marti & Iona for organising the flights and accommodation and for their local knowledge; Claudio Santos for additional coaching; Marcelle and Jolene for chauffering, chaperoning, videoing and being great help; and all the parents for supporting the future stars of Scottish surfing. 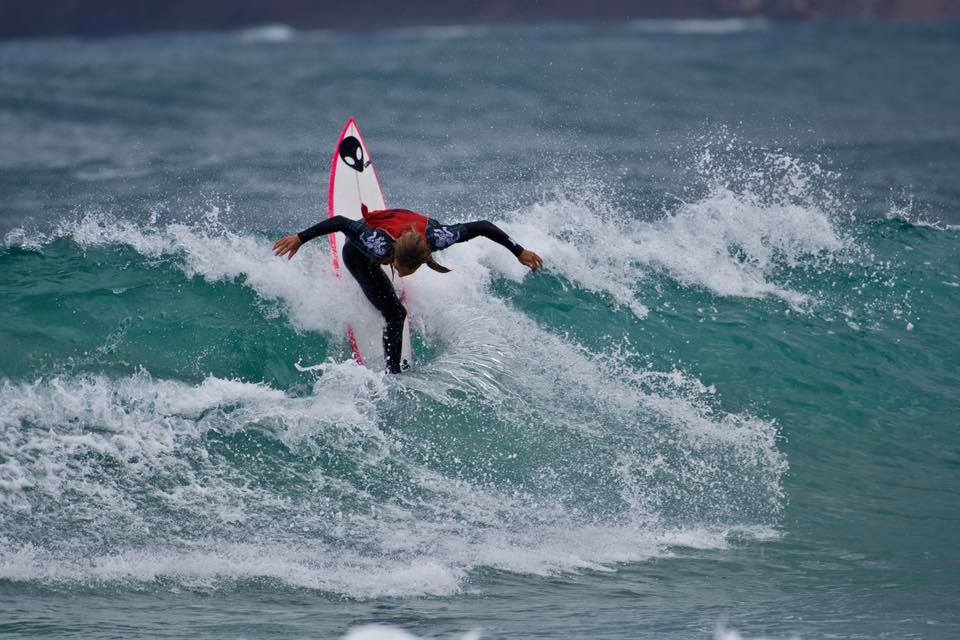 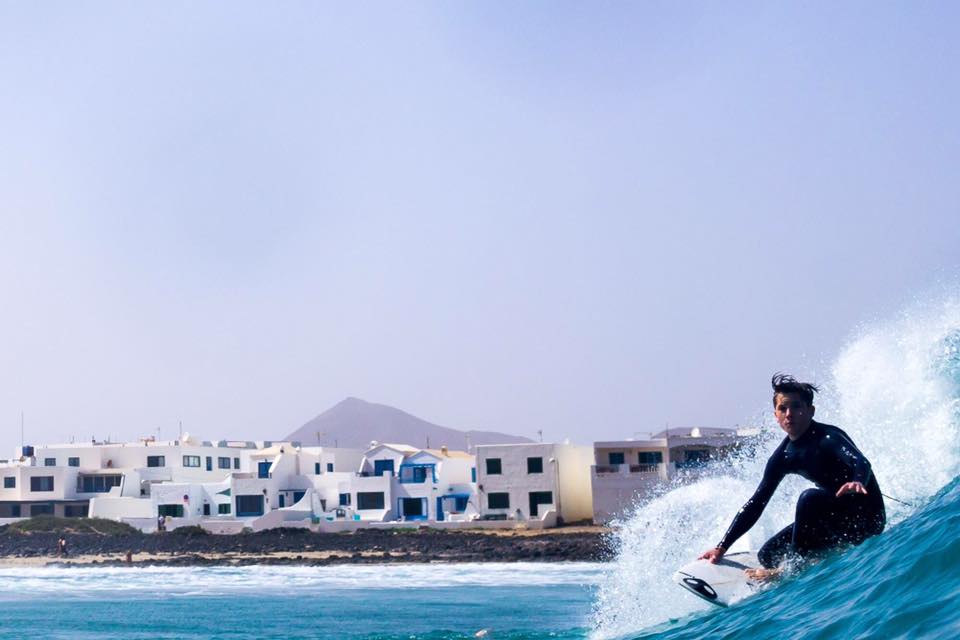