Clubs start thinking about getting your teams together for this year’s Gathering of the Clans hosted by the Broch Surf Club in Fraserburgh 2-3rd November 2019 !!

The Gathering of the Clans is the Scottish Inter-Club Championships. SSF Affiliated Clubs enter teams of surfers of different disciplines to compete for the overall team trophy which is a fantastic looking handmade wooden claymore sword.

Please find full details of the event, how to enter a team and the event rules in the text underneath the event poster. 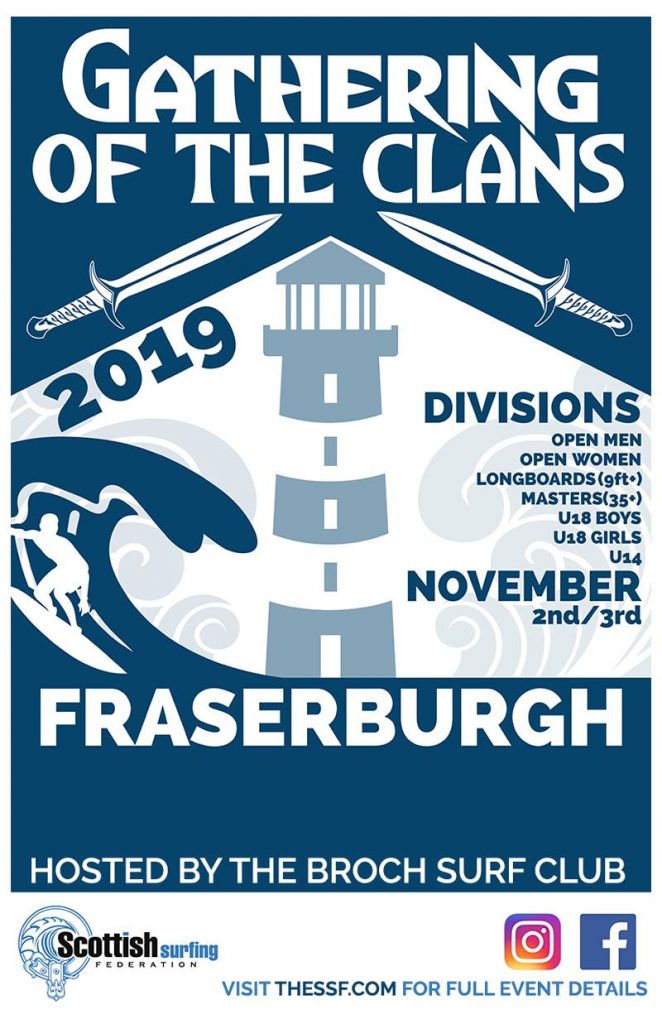